Correlation of the FANG Stocks? Not what you think...

Fears abound that market cap-weighted index investors are overly exposed to technology companies. But is this really true?

I understand why people are concerned about technology company concentration risk. Apple's market cap just crossed US$1 trillion and the company is one of five so-called technology names that make up over 15% of the S&P 500.

A quick history lesson on FANG: credit goes to Jim Cramer and Bob Lang in identifying four stocks that they thought represented the 'future' back in February 2013: Facebook, Amazon, Netflix, and Google (now Alphabet). Turns out they were pretty accurate!

However, the initial story or rationale for following those stocks changed as FANG morphed into FAANG (adding Apple), and then into a story that index investors are overexposed to technology companies with their concentrated holding in the FAANG stocks.

The idea stuck around though. Probably because good acronyms are fun and headline grabbing, and because the stocks within FAANG are quite well known by the public. However, we believe that investors should focus on the detail rather than the catchphrase.

The top five companies based on weight in the S&P 500 as of the time of writing are Apple (4.3%), Microsoft (3.4%), Alphabet (aka Google - A and C shares) (3.1%), Amazon (3.1%) and Facebook (1.8%). Netflix, even after its meteoric rise, only has a 0.6% index weight. In the Jim Cramer sense of FANG, Netflix's return is worth talking about, but it probably doesn't have a place in this conversation on tech concentration. The real acronym is AMAAF, but it's not as headline grabbing as FANG/FAANG...

From a return perspective since Facebook's IPO (May 2012) only Netflix and Amazon are in the top 15 on a cumulative basis. The acronym leaves out Nvidia (+2,000%), Constellation Brands (+1000%), Electronic Arts (+800%) and a handful of others. From a returns perspective we're looking at an acronym closer to NNCE!

I'm not suggesting we create acronyms by looking back at returns, but I am trying to make the point that the original thesis behind FANG was somehow lost. The returns of 'AMAAF' since May 2012 are provided below. Note that Microsoft has the third strongest returns of the AMAAF bunch over the period and is the second largest company, but not mentioned in the original or revised versions of the acronym.

Are we really overweight tech?

Traditional index providers partner with a firm or create something in-house called an 'industry classification system'. This is a hierarchy that, in the instance of the S&P 500, buckets all stocks into one single sector out of 11 available options. One of those 11 sectors is information technology, or 'tech'. Unfortunately, the rule for traditional indexes is that a company can only belong to one sector. So, someone glances at some of the biggest technology stocks in the index, sums up their weight, remembers that energy companies used to dominate the index so something must be wrong, and shouts "tech concentration risk!".

That begs the question. If I'm worried about concentration risk, I must be worried that they will all behave similarly if the tech industry were to receive a macro-type shock. Let's think about the businesses of those top five companies (AMAAF not FAANG):

Apple is predominantly a hardware manufacturer; Microsoft makes a ton of money from cloud solutions; Alphabet (aka Google) is predominantly in the search business and literally calls and reports on non-search engine businesses under the term 'other bets', which incorporate self-driving cars and WiFi toting hot air balloons; Amazon owns a grocery store, makes television shows, and does some cloud stuff; and Facebook is clearly a very different business.

Please note - I am saying nothing about current valuations, profitability of those businesses, or potential benefits of investing in them. I am only making the point that they don't all do the same thing.

What I can do is ask you to think for a second about a simple metric that captures similarities in stock returns: correlation. What do you think the average pair-wise correlation of those top 5 'tech' companies is, since the end of May 2012 (the month Facebook had its IPO)? 90%? 85%? Nope.

38% - The correlation matrix over that period is below for your perusal. Note that if I were to add Netflix back in, that average pairwise correlation drops to 34%.

To confirm. I'm not saying these stocks don't carry risk; they do. We just need to be a little clearer on what risk. Look at the differing performances of Apple and Facebook's share prices following their recent earnings and it would be hard to argue holding both stocks constituted 'doubling up' on any sort of tech exposure.

So let's be wary of catchy acronyms and spend time focusing on the detail of the investment. Who knows, come the end of the year if health care stocks heat up we can expect the headline: "JUMPER heats up investor portfolios" ... (J&J, United Health, Merck, Pfizer, Eli Lilly, and Roche), which at 25% of the developed equity health care index, are surely capable of creating some cosy headlines.

Dave leads the London based Index Equity team by overseeing portfolio management strategy, working on product development, and creating innovative rules-based client solutions. Prior to joining LGIM, Dave was based in the US where he worked at Northern Trust and BNY Mellon focusing on creating derivative based client solutions as well as managing index and ETF portfolios. In his spare time Dave likes exploring the impossible, so when he isn't reading about the latest multi-factor strategy he is reading books on chaos theory and quantum physics. 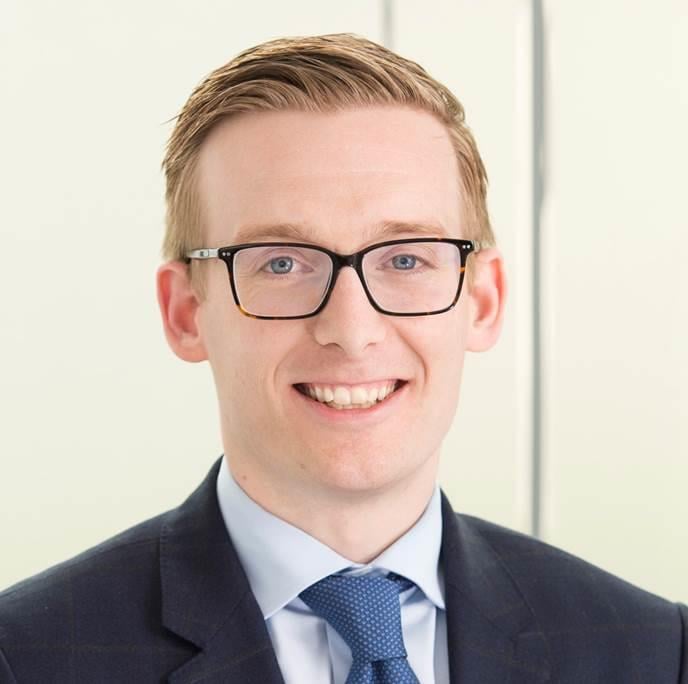