Client communication without the commute

As we face another six months of social distancing, what have we learned about the best ways to stay in touch with clients?

Those of you of a similar age to me will remember the first video phone, ‘The Relate 2000’, being released by BT back in the early 1990s. It cost around £500, but the network bandwidth was considerably shakier than today. Even in 2003, when some mobiles started offering video calls, the technology wasn’t widely embraced. It’s safe to say that the video chat revolution has probably triumphed now, though.

Most of my meetings historically have been face to face or on a conference call, but of course that all changed after 23 March. The pendulum has swung emphatically to video, and I too have downloaded Microsoft Teams and Zoom to my laptop. They are now essential tools for communicating with clients and colleagues.

There have been plenty of conundrums along the way. The idea of seeing clients and peers in their own homes brought up concerns about the invasion of privacy, and introduced us all to the challenges of adjusting the camera angle to ensure we aren’t just broadcasting our foreheads or earlobes!

Then there are all the other questions. Does wearing a shirt and formal attire convey professionalism, or does staying informal help put others at ease? Some prefer to stay on audio only; should we do the same for them? Plus deciding on landscape or portrait, blinds open or closed, knowing when to mute, maintaining a tidy background, and only using a green screen for the work quiz or virtual drinks!

I have my own simple check list: preview the webcam, and test the microphone and internet speed. Preparation is vital. That’s not say there haven’t been mishaps along the way: using Teams on the phone and PC simultaneously is fraught with issues if you don’t have the sound off on one of the devices, and many often forget to mute their microphones so we can all hear the sounds of a barking dog or screaming child. We also have to set boundaries inside the house: my study has a door, and if it’s closed it means “Do not disturb!”

For much of the year schools have been shut too, meaning many have had to balance work, life and childcare, with emails sent and received at all times of the day and night. The industry is adapting to a more flexible working regime.

Back on the road

When the lockdown rules were eased, it was refreshing to see some clients face to face, working within the government guidelines. It instilled some hope that things would return to normal, although I had to remind myself of this fact as I sat in my car on the M25 watching the world go by (as pictured above)!

One client remarked that on his first day back in London it seemed more peaceful and less rushed in town, and that it was great to see colleagues and clients. Yet oddly enough there were more distractions in the office than at home, although the commute was an opportunity to switch off, so overall it felt less productive than being at home.

As we now head into the fourth quarter, with COVID-19 infection rates sadly on the rise and more restrictions being put in place, what am I learning from this experience?

Communication is key, and it was pleasing that one client remarked that LGIM was at the forefront of keeping clients updated and informed during the pandemic. Emails, calls, and virtual events have all been well received. On the other hand, I didn’t want to overload clients with emails and kept information targeted to what clients requested.

Video calls have proved time efficient for many, as they can spend more time looking after client money rather than travelling, and some regional discretionary managers have suggested to me that they will travel into London less going forward. Equally, it has often been said that meeting face to face allows people to read one another, picking up signals that you won’t get over a Zoom call.

I firmly believe that the investment industry will remain very relationship based; a virtual coffee meeting isn’t the same as a real coffee meeting, and many clients have remarked to me that they would prefer to meet face to face with me and fund managers when it is permitted and practical to do so. At the same time, virtual contact will remain a convenient tool for many of us.

Knowing your client is all important, and during this unprecedented situation I would like to think we have all got to know each other a lot more. During my last face-to-face meeting, a client informed me that it was the first time he had worn socks since March, and that did bring a smile to my face!

Matthew is a Senior Investment Sales Manager at LGIM, and joined in January 2017 from Ashburton Investments., where he held the title of Head of UK Wholesale Distribution. He led the successful launch of four UK GBP Share class SICAVs. Prior to that he was a Partner - Sales at Smith & Williamson Investment Management, and has also worked at Standard Life Investments. Matthew graduated with a BSC (Hons) in Sociology from Kingston University. 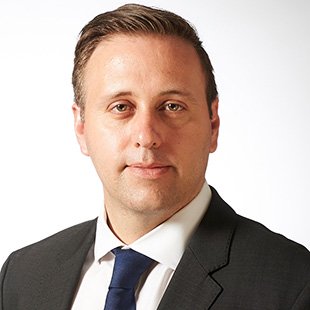